Lil Nas X has been riding a renewed wave of success following the release of ‘Montero (Call Me by Your Name)’ in March. ‘Industry Baby’ continues to celebrate Montero Lamar Hill’s feelings of confidence and joy since coming out as openly gay in June 2019. With self-aware humor and flashy production, it is a triumphant statement of identity. “I don’t f**k bitches,” Montero proclaims in the first verse of ‘Industry Baby.’ “I’m queer. Hah!”

‘Industry Baby’ is a statement of Queer empowerment

With ‘Montero’ and now ‘Industry Baby’, Lil Nas X has increasingly established himself as an outsider and internet troll. He definitely incorporates these elements into ‘Industry Baby’. Social media posts leading up to the release alluded to his Satan X Nike Sneakers court trial. What is more, he used a Spongebob Squarepants meme to announce the song. With Nas firing off on these fronts, it is easy to overlook his merit as a musical artist.

Yes, he jokes around a lot. Even in his music. But he is also one of the most successful pop acts in the world. He could not have gotten to his eminent (and in some quarters maligned) position simply on the basis of his trolling alone. Nas X communicates through his music. His songs are often built around a single powerful emotion or idea.

From its brassy opening vamp, his latest single makes clear Nas X is out and proud. After suppressing his sexuality for the better part of his life, he is finally presenting his genuine self to the world. Far from destroying the success he built on the back of breakthrough single ‘Old Town Road‘, it has amplified his fame. ‘Industry Baby’ puts across not only the thoughts that are currently on his mind but the feeling of joy and triumph which goes with them.

Close to being on par with ‘Montero’, the ‘Industry Baby’ music video is a Queer cinematic masterpiece. (By pop music standards.) Filled with eye-catching colours and extended dance sets, its story follows guest rapper Jack Harlow as he is punished for being straight.

‘Montero’ reclaimed mythology and religion for the Queer cause. ‘Industry Baby’ likewise takes the dance routines of female pop acts as well as macho prison cliches and playfully pulls them into Lamar Hill’s fantasy world. Once again, it sets Lil Nas X a peg above his pop contemporaries. We live in an era where music videos do not always feel necessary. Despite this, Lil Nas X ensures his no-expense-barred productions are capable of seizing his audience’s imagination.

Despite all the flash, what really speaks though is Lil Nas X’s feeling of elation. After years of suppressing his sexuality, he has broken away from the internal and external chains which kept him from embracing his authentic self. ‘Industry Baby’ celebrates his newfound liberty with wild abandon. Having broken free, he now invites others to do the same.

No album date as of yet 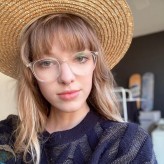