“An angry man,” the philosopher Confucius once said, “is always full of poison.” Eminem‘s anger is what made him a star. It rescued him from a life of poverty and turned him into one of the world’s most popular living artists. At the height of his Slim Shady era fame, Eminem took aim at fellow rappers, pop icons and even his own family with gleeful abandon. The public loved his venomous lyrics. Yet when it came to his relationships with women, his anger was often unleashed with violent and catastrophic effect.

It was no secret Eminem had a traumatic childhood. Raised in trailer parks by an alcoholic mother the rapper grew up with less than a glowing opinion of women. Several of his songs chronicle this complicated relationship. Most famously, hit single ‘Cleanin’ Out My Closet’ describes his mother, Debbie Mathers, as addicted to hard liquor, cigarettes, and methamphetamines. (Debbie filed an $11million defamation lawsuit in response.) ‘Kill You’ and ‘I’m Back’ detail Eminem hurting and sexually assaulting his mother.

The spectacular breakdown of Mathers’ relationship with partner Kimberly Anne Scott at the height of his Slim Shady LP fame did little to improve his attitude toward women. Music publication Billboard once described the rapper’s 2000 song ‘Kim’ as “the pinnacle of the misogynistic rage he’d been building in his early career”.

Detailing his hatred for his ex-wife, ‘Kim’ detailed a violent murder fantasy that ended with Scott’s body being hurled into the trunk of a car. 1997’s ’97 Bonnie and Clyde’ recounted another fictional story where Eminem collected daughter Hailie Jade before throwing Kim’s body into a river.

This hostility towards Kim was not limited to songs. During a performance in 2000, Mathers promised his ex-wife that he would not play ‘Kim’ at a concert she was attending. Going back on this assurance, he did it anyway. As the crowd cheered, he beat a blow up doll made to resemble her.

Shortly after Kim would attempt to take her own life. “Just watching everyone else just singing the words and, like, jumping around in approval of… I couldn’t take it” she later confessed. “I knew it was about me and that night I went home and I tried to commit suicide”.

Rihanna experienced domestic violence first hand. The harrowing experience arrived in 2009 when the 21-year-old pop star was assaulted by then-boyfriend Chris Brown. The event left Rihanna hospitalized and unable to perform at the 2009 Grammy Awards ceremony.

Finding herself a victim of abuse was something that troubled Rihanna. Having witnessed her mother abused by her father growing up she had sworn never to let herself be the victim of similar treatment. Brown’s violent attack led her into a period of deep introspection.

“I was that girl,” she would later relate to Vanity Fair. “That girl who felt that as much pain as this relationship is, maybe some people are built stronger than others. Maybe I’m the person who’s almost a guardian angel to this person, to be there when they’re not strong enough, when they’re not understanding the world, when they just need someone to encourage them in a positive way and say the right thing.”

‘Love The Way You Lie’ Was An Unlikely Pairing

‘Love the Way You Lie’ presents the harsh reality of domestic violence through the eyes of both partners. The song was co-written by Eminem with hit songwriters Alexander Grant and Holly Hafermann. Eminem then contacted Rihanna over the possibility of providing vocals. “It was one of those tracks,” he informed radio station Skyhook, “that I felt like only she could pull it off.” Rihanna was eager to be involved. “It’s something that Eminem and I have both experienced on different sides, different ends of the table” she later shared of the unlikely collaboration.

The ‘Love The Way You Lie’ Video

One of the most confronting parts of the song is its graphic music video. The clip stars Meghan Fox (of Transformers and Jennifer’s Body fame) and Dominic Monoghan (best known for his portrayal of Hobbit Meriadoc Brandybuck in The Lord of the Rings trilogy). Through a series of emotionally charged scenes, it attempts to recreate Eminem’s tumultuous relationship with Kim. “I barely got any money and it was a very short shoot” Monoghan shared in an interview with The Wrap. “I think we tried as hard as we could to not glorify the violence.”

Director Joseph Kahn (who also directed Eminem’s ‘Without Me’ and ‘We Made You’) viewed the video as a way to explore non-comedic approaches to storytelling. Given one day to write a treatment, Kahn wrote it in 45 minutes. Eminem and Rihanna’s parts were filmed on July 24th, 2010 while Fox and Monoghan’s scenes were filmed only three days later.

The confrontational video broke the YouTube record at the time with the most views in a single day, reaching an impressive 6.6 million within 24 hours of its release. As of June of this year, the video remains one of YouTube’s Top 50 most viewed videos. It has been streamed more than 2 billion times.

‘Love the Way You Lie’ met with mixed reviews. Conor Friedersdorf of The Atlantic described the music video as, “an inaccurate portrayal of domestic violence due to the lack of injuries after punching through a wall.” Another commentator from The Boston Globe commented:  “Although the video is realistic, it hinders Rihanna’s ability to set an example for women in abusive relationships”.

The Huffington Post‘s Susan Meyers asserted lyric “that’s alright because I like the way it hurts” was particularly harmful to women, concluding that, “This is not the authentic gift to give our girls. Not when you read the grim statistics on domestic violence.”

Feministing.com writer Rose Afriyie noted that although the song built awareness, it did not clearly condemn violence against women. Domestic violence groups and charities also weighed in on the controversial video. The list could go on but in short, critics struggled to reconcile the misogyny and abuse detailed in Eminem’s older material with his newfound perspective.

Not all views were negative. Stephanie Nilva, the executive director of sexual assault and trauma response centre Day One offered a more sympathetic take. “The most important thing the video is doing,” she informed MTV News, “is raising the topic of dating violence amongst young people.” She further praised the video for accurately depicting the cycle of violence, from its most harrowing to its most passionate stages.  She states that due to the history of violence with both artists, she did not believe it glorifies violence but acted as a “warning sign”.

‘Love The Way You Lie’ on the Charts

Despite the critic’s misgivings, the song was a massive success. ‘Love the Way You Lie’ first entered the Billboard Charts at Number Two on the 10th of July 2010. In its first week of release, it sold 338,000 digital copies. From July 31st to September 11th, 2010, the track retained a seven-week run at the top of the US charts. This runaway success gave Eminem his 4th Number One Single. Rihanna claimed her 7th.

‘Love the Way You Lie II’

In response to criticism of the song, Rihanna released ‘Love the Way You Lie II’ on 2010’s LOUD album. Rihanna’s solo version focuses on the situation described in the original but from a woman’s perspective. It emphasizes the victim’s vulnerability. Eminem had a much smaller feature. Skylar Grey, one of the song’s original writers would also release her own version titled ‘Love the Way You Lie III’ in 2013. Skylar’s version comprised of the original piano and vocal demo only. And, as Rihanna had before her, Skylar expressed a desire to give power to the victims rather than the perpetrators of abuse.

What Is ‘Love the Way You Lie’ Really Saying?

Having risen above a childhood filled with pain and poverty, Eminem is one of popular music’s biggest stars. He doesn’t owe his success to being book smart. Instead, he took his lessons from life. And here is one of his greatest appeals: deep down inside he’s still that mixed-up kid from Detroit who is angry even if he doesn’t know why.

Critics search for meanings in his songs but sometimes they simply are not there. Despite the rage and fear it causes, sometimes life doesn’t have a definite answer. Eminem is in touch with this fact and in touch with what his fans are thinking. He is not afraid to say what is on his mind even when he is overwhelmed by life’s greatest hurdles. To put it simply, with songs like ‘Love the Way You Lie’ Eminem’s greatest appeal was simply that he didn’t know.

Sure, many people had an opinion. Society understood men hurting powerless women was wrong.  But with discussions of domestic violence breaking into the mainstream conversation like never before there was little if any consensus. Someone listening to ‘Love the Way You Lie’ in 2010 may have felt like they had so many times before when they had been faced with life’s complexities, they weren’t entirely sure.

Regardless of Eminem’s song presented the issue, it did perfectly capture one thing. It documented the way the men and women feel when they trapped in vicious cycles of abuse. It made people talk about something many could not understand unless they have been caught up in it. ‘Love The Way You Lie’ opened up conversations about something that affects people’s lives every day.

The impact of this song was not lost on either artist. Rihanna has since become an open advocate for victims of domestic. In 2020 alone, she contributed more than $2.1  Million (US) to help victims of domestic violence during COVID-19 lockdown. Eminem, also no stranger to charity work, started the Marshal Mathers Foundation, an organisation aimed at helping disadvantaged and at-risk youth in Detroit. Both are working hard to help as many people as they can not get stuck in the negative patterns of the past, 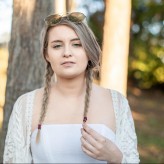 40 years after his death, Bob Marley is still changing hearts and minds