With new album Fearless (Taylor’s Version), Taylor Swift has started the long process of re-recording her first six albums. In doing so she is making an ambitious bid to regain ownership of her songs. As one of the most successful women in music, she has very publicly stated her reasons for doing so. Taylor’s version is that it is about regaining control of her art. There is, however, a little more to the story.

These re-recordings are the outcome of the very public feud between Taylor Swift and her first record label, Big Machine. In 2019 her former label was sold along with the rights to the master recordings of Swift’s first six albums. The new owner? Music industry powerbroker Scooter Braun, who later re-sold the masters for an estimated $300 million. The move left Swift furious with Braun, who she claims has been bullying her “incessantly” for years.

The controversy was made public when Swift took to social media site Tumblr in June 2019 to voice her woes. The post was a powerful message with strong feminist undertones. Central to her statement was a discussion of the behind-the-scenes bullying she had faced over the past five years within the industry.  All supposedly orchestrated by Scooter Braun. This was more than just a personal feud. Swift went on to explain how her circumstances tied in to the greater injustice of artists not being able to own their art.

Swift poses for a promotional image.

Swift’s words split the internet in two. Celebrities and fans alike joined sides. Some voiced support. Others, scepticism. Heated discussions played out across social media for the world to see. In the meantime Swift was searching for a solution. Then, in August 2019, she discovered that due to a favourable clause in her contract, she was able to re-cut her entire Big Machine catalogue.

News of the re-recordings caused a stir. Taylor’s fans, as ever, were on her side. The newly released Fearless (Taylors Version) is first of the six albums to be recorded. Much to the surprise of Swift’s critics the album is being received by fans with all the mania of an entirely new album. In less than a week it has sold hundreds of thousands of copies across the globe and may prove to be the biggest musical release of 2021.

Some are labelling the re-recordings a feminist stand. Taylor is taking back control of not only to her songs, but also to herself and her art. No longer is she under the oppressive thumb of men who clearly have little concern outside the lines of a cheque.

Yes, the narrative that Taylor has reclaimed her music might not be entirely true. Braun, after all, still owns Taylor’s masters. What is more Taylor has frequently omitted that no-one else but her signed that Big Machine contract in 2005. While labels hold no small amount of power over unknown acts, deals of this kind are standard industry practice.

Taylor Swift has created a media storm at every step of the way. The public, oblivious to the finer technicalities of musical rights, have been on her side. While her issue is supposedly to do with the injustice of not being able to wholly own her own art, the conversation has mainly focused on who bought the masters, not the issue of Taylor not owning her masters. As the author Mark Twain once said, “never let the truth get in the way of a good story.” Offering an escape from the grim realties of the coronavirus pandemic, millions have found hope in Taylor’s story.

Is Taylor Swift Capitalising on Feminism?

Taylor Swift has never outright stated that this is a feminist issue. Take a look at the language in most of her public statements. It does not take a genius to see that Swift’s words suggest a feminist element is at play. How else can you interpret statements like, “when that man says ‘Music has value’, he means its value is beholden to men who had no part in creating it,” and, “he knew what he was doing; they both did. Controlling a woman who didn’t want to be associated with them. In perpetuity. That means forever.”

Does the fact that this feud is between a man and a women, automatically make it a feminist issue? No. Plenty of other male artists such as Jay Z, Prince and Frank Ocean have had similar issues with their labels, but have dealt with it out of the public eye. This begs the question. Is Swift capitalising on the trend of feminism to garner support for her new recordings in an attempt to make more money?

What Does This Mean for Scooter Braun?

Taylor re-recording her albums will at best, half Braun’s earnings and at worst, completely obliterate the value of the original masters. As a result Swift is now on the trajectory to earn hundreds of thousands of dollars, if not millions. Swift has a huge platform and massive fanbase. Her sway within the industry is steadfast and close to absolute. If there is one thing Swift has made clear with this release it is this. No longer will she intimidated.

The Public Stands with Taylor Swift

Why support an industry tycoon who has been painted as the villain, when you could just as easily support the artist who made the art? Feminist issue or not, the facts point to the morally correct decision. Taylor made the art, so shouldn’t she be making the money? Most people agree.

The symbiotic relationship that record labels have relied on for decades (fame and glory in exchange for songs) is outdated and becoming less-and-less socially acceptable. Access to fans and fame is something that is becoming easier and easier to achieve without the help of a major label marketing department. Artists not have to give up ownership of their art for the ability to earn a living from their art. Taylor Swift using her platform to bring visibility to one of the music industry’s longest standing issues is a valid and honest move.

Yes, she stands to make money in the process. And, yes, the dramatic feud contains half-truths galore. A clearer understanding of Swift’s business moves make the whole issue a little sour to ingest but ultimately it’s still a win. Taylor Swift is fighting for her right to own what is hers. (And maybe stick it to the man in the process.) 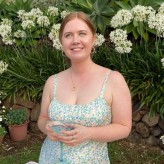 'Heartbeat' by Nightcore: How much longer can anime's pop influence be ignored?