Adele makes no secret about her battle with depression. People with depression are prone to thinking in all-or-nothing terms. This can cause challenges in real life. In the world of songwriting, it is a powerful creative force. Just try not to get sucked into the gravity of her hit 2011 single ‘Rolling in the Deep’.

What becomes of the brokenhearted

Life is rarely one way or another. Yet in this world, it is. Adele’s love is black and white. She is a hero and wounded victim. The person who broke her heart is the devil. There is no room for shades of grey. In the heat of passion that’s how love feels. ‘Rolling in the Deep’ is the revenge of the greatest kind because Adele is completely right. Her heart is broken and she pierces yours. This is helped in no part to some of the most powerful vocals ever to grace popular music.

How Adele wrote ‘Rolling in the Deep’

Written less than a day after a breakup, ‘Rolling in the Deep’ is a vengeful account of the heartbreak and betrayal Adele experienced. While the identity of this ex-lover has never been revealed, many speculate it was tour photographer Alex Sturrock. Others are not so sure. They dub him simply as “Mr. 21”.

The Sturrock theory has some credibility. During this time Adele was touring to promote debut album 19 in North America. As a result, Adele was also influenced by the sound of American country and western. Country stars Alison Krauss, Lady A and Rascal Flatts were key influences. Adele herself describes ‘Rolling in the Deep’ as “a Dark Bluesy Gospel Tune”.

The single cover of ‘Rolling In The Deep’.

With heart-laid-bare lyrics delivered by a showstopping voice, ‘Rolling in the Deep’ entered the hearts of millions. Adele cannot take all of the credit. ‘Rolling In The Deep’ was co-written and produced with Paul Epworth. Initially cautious of the collaboration, Adele later praised Epworth’s production and guidance as a “match made in heaven”.

Epworth, she shared, motivated her to reach notes she did not even know she could hit. Adele wanted to sing a song that expressed her heartache and betrayal like her hit single ‘Someone Like You’ had. Epworth pushed the singer to use her anger to showcase the extremes of her vocal talent.

Adele’s heart-wrenching ballad took the world by storm. Those who had doubted Adele could match the success of her breakout single were quickly silenced. The single was one of the most universal songs of the generation, reaching number one in over 7 categories almost instantly in the US, including Billboard’s Adult Contemporary, Alternative Songs, Hot Dance Club Songs, R&B and Hip Hop, Rock and Pop Songs.

‘Rolling in the Deep’ was the biggest crossover hit in over 25 years. It allowed Adele to become the first female singer to reach number one on a rock chart since 1994. Not only did the ballad soar the charts, ‘Rolling in the Deep’ took the award season by storm. The single won Adele six Grammys in 2011 including Best Song of the Year, Best Record of the Year, Best Short Film Music Video as well as Songwriter of the Year.

After ‘Rolling in the Deep’ came the success of 21 and later 25. Since the release of Adele’s third album, the world has not heard a note of original music from the singer in over seven years. Other things have occupied Adele’s life.

Since 25‘s release in 2015, Adele has been through a marriage, birth, and divorce. In 2020 she was dragged into the spotlight again following a dramatic weight loss transformation. “My voice is still chunky but funky,” was Adele’s reply.

Along with a new look in October 2020, Adele returned to the stage for a Saturday Night Live performance. Adele’s vocal talents were undimished. The album was not ready she shared but hinted at a 2021 release. Speculation is rife that an album dropping as soon highlighting the heartache love and pain she has experienced once more. Fans have hoped for a new surprise album over the years. 2021 may in fact be that long-awaiting year it arrives.

Final thoughts on Adele and ‘Rolling in the Deep’

“Revenge,” said Shakespeare, “should have no bounds.” Not all agree. When a cooler head prevails we realize revenge rarely has lasting value. “How much better to heal than seek revenge from injury,” the philosopher Seneca shares in contrast. “Vengeance wastes a lot of time and exposes you to many more injuries than the first that sparked it.”

But no sage advice can ever prepare us for the devastation of a breakup. What made ‘Rolling in the Deep’ such a touching song was that Adele told it like it was. Her song captures the pain of the failing, the hurt, and the betrayal so completely it cannot be ignored.

‘Rolling in the Deep’ stops time. A listener does not have to know anything about Adele’s fascinating story to find themselves, a few seconds into ‘Rolling in The Deep’ completely on her side. It was, in short, the ultimate revenge song.

Read more of The Glitter and Gold’s opinion pieces here. 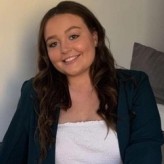