The music of Lorde has carried millions to adulthood. Since the release of Pure Heroine in 2013, she has proven herself to be more than just another entertainer. Like many great artists, Lorde has been a visionary, poet, and documentarian of modern times. Whether we like it or not, she is also a brand. Over a number of albums, concerts, songs, public appearances, and social media posts she has built up a relationship with the public and her fans. If the rewards that have come from this relationship have been great, the expectations have been greater still.

Over time artists have repeated and pleasant interactions with their fans. As a result, the public comes to expect them to act a certain way. They rely on them to be consistent. Then comes an album that does something new. This release, like an unexpected key change in a song, throws its listener. In a matter of seconds, the style an artist is known for is thrown to the wind. Their story, who their fans think it is they really are, is totally flipped on its head.

The truth is, for artists wanting to grow as a person and develop their sound, a pop career is a tightrope walk. Even for those at the peak of fame, the album can just as easily be received well or with harsh criticism. Once calls for the ‘old sound back’ begin the artist finds themselves at an unpleasant crossroads. Do they keep their fans happy or do something artistically liberating and risk losing them?

Lorde shaped modern pop. Now she moves away from it

The question is not as easy to answer as it first might seem. As history shows us, albums that depart too radically from public expectation are rarely remembered as a magnum opus. The Strokes were a perfect example of this. With the release of their fourth album Angles in 2011, they met with far less critical acclaim than their previous records such as Is This it and First Impressions of Earth. Here the band was moving away from their signature ‘cool garage rock’ sound. Instead, they went for something with a pop edge. In doing so, challenging everything fans knew about The Strokes.

With ‘Solar Power’ Lorde does the reverse. The single moves away from the signature sounds of pop and her previously diaristic lyrical style toward something alternative and left of center. Like Taylor Swift‘s Folklore and Evermore, Lorde subtly dips into the esoteric. She combines beach life with hints of spirituality and solar worship.

It is a far cry from the music of the elusive New Zealander who, at age 16, seemed to appear out of thin air to release a masterpiece of a debut album. Few records in modern music can be said to match Lorde’s 2013 take on life, love, and heartbreak. After four years came to the equally celebrated Melodrama. Lorde’s second continued to poetically explore the gritty chasm of youth and its in-betweens. After, it was assumed she would sink back into her corner of the world for another four years until the next highly anticipated album.

Lorde fans are along for the ride

And now, with Lorde season is in full swing following the release of her first single from her third studio album titled ‘Solar Power.’ Within mere seconds of hearing the song or its accompanying video, none can be left in doubt of her change in style. This acoustic song about beaches, peaches, and the heat seems to be far lighter than anything she released previously. Shredding Lorde’s image of dark lipstick and pulsating beats is a yellow billowing skirt and light-hearted harmonies about summer.

Already it is apparent that this album will be unlike anything Lorde has released before. What is even more remarkable is the overwhelming support it is receiving from a cult-like following of youth who cried to ‘Liability’ and know ‘Ribs‘ inside out. It is undeniable that Lorde fans have not faltered in their support. Many comments on the song’s YouTube music video show an endless stream of support and excitement for the coming album.

Now, with her third album just around the corner, Lorde is about to present a whole new side of her music. The anticipation is palpable. Whether this album does take a lighter turn than past music or perhaps continues to evolve from her previous sound, it is clear already that Lorde is hardly falling short of public expectation. At the time of writing, the song sits at number 25 on the Spotify Global Chart. It has racked up an impressive 16 million streams since its release one week ago.

Lorde’s impact on popular culture over the last 9 years is undeniable. She is an unfaltering light, the soundtrack to the lives of the many millions who grew up listening to Pure Heroine and Melodrama. While her forthcoming third album may be different, perhaps it is time for music fans to welcome a bit of light and love into their lives.

‘Solar Power’ is the perfect place to start. Going off track or staying in your lane, it’s a difficult decision all artists must face. Confronted with this decision Lorde has boldly taken a leap of faith in doing something new.

Great artists hold up a mirror to the world. Many of Lorde’s contemporaries are currently preparing to return to the world that was ‘paused’ during the coronavirus pandemic. Lorde is telling us that things have changed. The reality of Pure Heroine and Melodrama is gone. In their place, Lorde places the possibility of something better. Whether she changes the trajectory of pop or moves away from it entirely? We will have to wait and see. 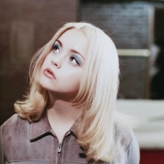 Sophie is an intern at The Glitter and Gold.

Lorde’s ‘Melodrama’ is a presence that will not fade