In a YouTube Livestream before the video premiere of ‘Up’, Cardi B explained what she envisioned her new song to be. “I wanted to do something gangster,” she shared, “more cocky”. ‘WAP‘ had been too sexy. She wanted this one to be “hood”.

Cardi B Struggles to Shake the Pop Star Image

These words came as unexpected. Teasing the single’s cover a few days before, Cardi B presented herself as nothing but sexy. Its artwork showed an escapist image of Cardi adorned in a revealing tasselled pink outfit which left little to viewers’ imaginations. She sits sky-high above a pool. Cardi B later posted a video from the single’s cover shoot to her Instagram. The outfit, she revealed, was stick on.

Lyrically, however, Cardi B delivered on her promises. Cardi, as always, serves up an enormous amount of attitude. As with ‘WAP’ Cardi inverts hip hop’s traditionally misogynistic lyrics, repurposing them to empower women. “Once upon a time, man, I heard that I was ugly”, she sings, “broke boys don’t deserve no p***y.” She still has bite. Given that ‘Up’ deals with rejection and the complications of fame rather than sex itself, Cardi B has been true to her word. ‘Up’ is a punchy departure from the hyper-sexuality of ‘WAP’.

The Visuals Are Stunning

Cardi B is one of the most listened to artists in the world. ‘WAP’, which cost a reported million dollars to make, and ‘UP’ make clear why. When it comes to her material Cardi B spares no expense.

The song’s video, directed by Tanu Muino, is loaded with social commentary. It opens with Cardi in a cemetery. A headstone reads ‘RIP 2020’, a relatable nod to the year that was. The remaining two minutes of the video, much like ‘WAP’, are a colourful, crazy, and sexy succession of elaborate scenarios. Cardi B is intent on leaving the tragedies of 2020 (not to mention several of her own personal controversies) behind her. Her clip begins mourning 2020 and ends with Cardi rubbing tongues with backup dancers in a huge pearl shell. The videos grand conclusion plays out as something between Botticelli’s Birth of Venus and a night at a New York strip club.

These material goods play well to Cardi’s lyrics. “Big bag bussin’ out the Bentley Bentayga
Man,” she raps, alluding to her wealth, “Balenciaga Bardi back and all these bitches f*cked.” The defining lyric of the song, however, if this: “If it’s up, then it’s up, then it’s up, then it’s stuck.” She is saying, in effect, that once success starts it cannot be stopped. A catchy earworm of a lyric to say the least.

Cardi is certainly still riding on the success of ‘WAP’. The chart-topping collaboration with Megan Thee Stallion was inescapable in 2020 and remains so in 2021. It is without question the most talked-about songs in recent years.

‘Up’ may not up the anti but it spares no expense in maintaining the momentum. Cardi B’s musical and nonmusical ambition expanding at a profound rate. Even in the absence of touring she is set to dominate popular culture in 2021.

There is no set release date for Cardi b’s next album. With the follow up to 2018’s Invasion of Privacy nowhere in sight, ‘Up’ is enough to keep the anticipation burning. Cardi B’s popularity remains at an all-time high.

She spares no expense

No news on the new album

Not exactly a return to her gritty roots 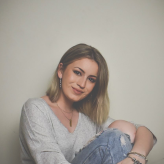