Katy Perry was one of the first modern pop stars to tackle the taboo of same-sex desire. Rising to fame with controversial 2008 single ‘I Kissed a Girl’, Perry presented herself as a sexually powerful female icon. The chart-topping run of singles that followed set her up for a lifestyle of success. The only drawback, some would say, was that she peaked too soon.

The Rise of Katy Perry

While ‘I Kissed a Girl’ seemed like an overnight success, Katy Perry had been fighting for a taste of fame for several years. From the flirtatious, outspoken, and scandalous woman fans came to know, it is hard to believe Katy grew up in a strict and traditional family. After being raised in a Christian household where nonreligious music was forbidden, she began her career writing gospel songs. Her first album Katy Hudson arrived in 2001. Her debut album flopped but Katy soon found new inspiration in rock stars like Queen‘s Freddie Mercury.

Kay Perry shifted her musical direction toward mainstream pop. And, two record deals later, she suddenly gained traction with 2007 single ‘Ur So Gay‘.  A far cry from her gospel roots, Perry was now turning heads with provocative lyricisms like “You’re so gay and you don’t even like boys”. Several months later, she caused a bigger uproar with the ‘I Kissed a Girl’. Injecting a newfound sexual curiosity into the world of conventional pop music, Perry landed her first international hit single.

‘I Kissed a Girl’ caused a wave of commotion good and bad. Religious critics condemned her. Many within the gay and lesbian community applauded her while others accused her of cashing in on a culture she was not apart of. Women accused her of exploiting female sexuality to generate male attention.

Her time in the spotlight didn’t end here. Perry would quickly cement her reputation with the dance-pop single ‘Hot N Cold’, which stayed in the Top Ten of the US charts for 18 weeks. But nothing represented the peak of Katy Perry’s stardom more than her 2010 album Teenage Dream.

‘California Gurls’ was a Sugar-Coated Fantasy

Picturing a nude Katy Perry sitting atop a pink cloud made out of cotton candy, the cover of Teenage Dream is hard to forget. As the lead single from Katy Perry’s Teenage Dream it was another chartbuster. The sugary pop single ‘California Gurls’ saw Perry sing about melting popsicles. Its accompanying film clip depicted her shooting whipped cream from her breasts. ‘California Gurls’ was the summer anthem of 2010.

The song was co-written with hitmakers Dr. Luke and Max Martin. Perry later revealed that the idea for ‘California Gurls’ arose when she saw friends at a party in California, raising their glasses to Jay-Z‘s hit single ‘Empire State of Mind‘. “I felt a tinge of jealously because the Beach Boys and Tupac would hate that it would just be ‘Empire State of Mind’ out there,” Perry later shared. “New York has to be represented but so does California!”

“I felt like it would be a very fun summer song, from a female perspective,” Perry has also recounted. “I wanted to add sipping gin and juice, Snoop Doggy Dog on the stereo… I was hoping that when you heard this song you would want to book a ticket to California stat!”

With the assistance of director Mathew Cullen and Snoop Dogg, Katy Perry’s ‘California Gurls’ film clip presented her own fantasy of California. Her West Coast capital was a sugary paradise, a land of fairy-floss clouds, wicked gummy bears, and cupcake bras. Hidden within a board game titled ‘Candyfornia’, she rescued sun-kissed girls, ate living gingerbread men, and fought an evil sugar daddy (Snoop Dog). It makes you want to go to California, right?

‘California Gurls’ on the Charts

Whether it was seen as degrading to women or empowering their sexual desires, ‘California Gurls’ left its mark. The song peaked at Number One on the Billboard Hot 100 and stayed there for six consecutive weeks. It was Perry’s second US Number One single and Snoop Dogg’s third.

‘California Gurls’ wasn’t the only hit that left the world on a sugar high. Teenage Dream managed to pop another four singles to Number One on the Billboard Hot 100, including the starry-eyed ‘Teenage Dream’ and the iconic ‘Firework’, Kanye West collaboration ‘E.T’ and ‘Last Friday Night (T.G.I.F)’. Her flush of chart successes made Katy Perry the first woman in history to have five songs from the same album reach number one in the US Top 100.

The cover of ‘California Gurls’.

So, What Went Wrong for Katy Perry?

Whether it was her cougar-like behaviour as a judge on American Idol or the Britney Spears hair fiasco of 2017, Perry has made some undoubtedly reckless decisions. One of her most widely criticized mistakes relates to a monumental fallout with one of the biggest names to pop. Yes, it’s no secret that Katy Perry and Taylor Swift hold the record for one of the longest-running feuds in modern music.

The scandalous drama arose in 2014. It began when Taylor Swift accused Katy Perry of stealing her backup dancers, leaving her unprepared for her Red Tour. “She basically tried to sabotage an entire arena tour,” Swift told Rolling Stone in 2014. “She tried to hire a bunch of people out from under me.” Taylor Swift then revealed she now avoided her former friend.

Swift then released ‘Bad Blood’ featuring Kendrick Lamar. The song was a diss-track rumoured to be aimed at Katy Perry.  “Did you think we’d be fine?” Swift asked. “Still got scars on my back from your knife.” The song was a chart success, soaring to Number One in Australia, Canada, New Zealand, and Scotland.

Perry, who had left the music scene for four years after her Prism release, shot back at Swift with an array of outdated pop tracks on 2017’s Witness. Single ‘Swish Swish’ attempted to respond to Taylor Swift’s ‘Bad Blood’ but was only seen as underwhelming and cringe-worthy. “A tiger, don’t lose no sleep,” Perry levelled, “don’t need opinions From a shellfish or a sheep”. The track’s poorly thought out music video became a laughingstock and failed to make an impact on the singles charts. If the feud benefitted anyone, it wasn’t Perry.

A Struggle to Climb Back on Top

It was a dark period for Katy Perry. She later admitted to feeling suicidal as she watched her fifth album Witness nosedive. A harsh breakup with actor Orlando Bloom did not help. Perry openly spoke about her struggling mental health in an interview with CBC Radio One. “I don’t know if my smile was ever fully, like, authentically mine,” she revealed, “but I was riding on the high of a smile for a long time”

Things began looking up for Perry when her feud with Taylor Swift ended. Making amends she later appeared in Taylor Swift’s music video for ‘You Need to Calm Down’ in 2019. More recently, both stars have been seen tagging each other in Instagram posts, suggesting they have rekindled their friendship.

Death of a Disney Princess

Katy Perry adopted a sexualized cartoon persona. The world saw her as flirtatious, cute but fiery. Or, as Madonna would say, a Disney Princess.

Katy Perry rose to fame on this fantasy persona which, try as she might, she could not break free from. With the release of Prism, Perry battled to redefine her professional persona. Ditching the purple wigs and outfits made of cotton-candy, ‘Roar’ steered away from the glitter and embraced a more mature persona. Perry broke new ground but not all of her fanbase was willing to follow her. As the years marched on her grasp on the pop charts has continued to diminish.

Our bubble-gum pop star found her ability to grin again with her sixth album Smile. Released in April 2020, the album failed to deliver any charting topping singles. This said, Perry now had more important things to worry about. After rekindling her relationship with Orlando Bloom, she gave birth to a baby girl, Daisy Dove Bloom, on August 27, 2020.

We can’t all live in a teenage dream forever. It’s evident at age 36 Katie Perry is enjoying newfound confidence and mental stability. She continues to entertain an enormous following. And, while her more recent material may not be for everyone, many have welcomed her into a newfound maturity and adulthood.

Not actually a song about candy 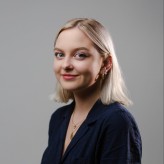