Is it just me or was the Triple J Hottest 100 not as good as it was last year? Hear me out. The Hottest 100 has often given Australians a sense of connection, surprise, nostalgia and good memories. In 2021 it fell flat. There is reason to believe that in future the Hottest 100 won’t be the major celebration it once was. This isn’t just nostalgia talking.

With 2,790,224 voters having their say In 2021, voting fell by more than 450,000. With Generation Z’s interest in radio down some 45% from previous generations (and their home listening habits all but disappeared) this drop sows a seed of doubt. Could it be possible that Australia’s most beloved youth broadcast may never again hit 2020’s historic high?

Fewer people are listening to broadcast radio, young people especially. It’s common knowledge that classic broadcast media like radio and TV is declining. In July 2020 US research firm Edison revealed the results of a groundbreaking study into the media habits of those aged between 13 and 24. It confirmed what many in older generations’ suspected. This smartphone savvy generation did not hold the radio in as high a regard as older peers.

55% still listened to AM and FM radio. This placed radio ahead of streaming which sat at 53%. Their favourite place to tune in to the radio was in the car. At home, however, it often competed with more convenient phone-based options. While 55% of Gen Z were tuning in Edison noted that they spent far less time actually listening to the radio. Those who streamed, in contrast, spent more free time listening to music via YouTube and apps like Spotify.

Of course, there was one even bigger reason for the Hottest 100’s lower voter turnout. 2021 was a weird year for most Australians and a very tragic one for many others.  The international outbreak of the coronavirus pandemic has also placed the world of music on hold since February 2020. (This is something Triple J noted when sharing that the majority of the Hottest 100 entries were January 2020 releases.)

Given the stark reality of the coronavirus pandemic, many listeners simply have wanted to forget. Many had had bigger things to think about in 2020 than making sure they were keeping up with Hottest 100 hopefuls. A lower vote count may reflect less anything to do with Triple J and more than the fact that 2020, overall, sucked.

The Hottest 100 wasn’t as good because of the year that preceded it. For many artists, touring and festival appearances is where the real money is made. As everyone knows, streaming, and before that online file sharing, ripped the guts out of the music industry’s traditional revenue streams. When successful bands once toured to promote their album, the reverse is now true. Bands release an album to promote their tour.

In a year that made touring impossible, what was the financial sense in releasing a new album? It isn’t there. Obviously, some artists still did for creative and promotional reasons.

As well as there being less music in 2020, I think another reason for almost half a million fewer votes was that people don’t want to look back on 2020 just yet. 2020 may be behind us but it’s standing uncomfortably close to our backs. For many people, the idea of turning around and facing it with fondness and nostalgia may never happen.

The fields of mega-festivals like the UK’s Glastonbury have stood empty since June 2019.

Another reason that voting in the Hottest 100 was down 421, 352 votes compared to last year is that many people are now discovering new music by Spotify playlists and recommendations. Many young Australians spent months in lockdown listening to Spotify in their spare time. A new generation finding the world’s biggest streaming service far more accessible than radio.

It could be argued that Spotify’s end of year ‘Wrapped’, which may have been one of 2020’s most viral moments, was a bigger event. Spotify Wrapped took listeners by storm at the end of 2020 with a swarm of reposts on Instagram accounts worldwide. Unlike the Hottest 100, Spotify Wrapped allowed listeners to display their own most listened to songs. It reflected people’s own individual tastes rather than the sum total of theirs and millions of others’ of Triple J listeners which voted in the Hottest 100.

A Letdown of a Countdown?

Yes, people still publish their 10 votes for the Hottest 100. What people often vote for though is not always what people listen to most throughout the year. Triple J’s countdown is, after all, limited to artists the station plays which takes some of the biggest names in the industry out of play. This led to controversy in 2015 when Taylor Swift was excluded from the Triple J Hottest 100 countdown despite thousands of votes being cast in her favour.

I would argue that many people also vote for what they think will do well, not always what they have listened to the most. This should hardly come as a surprise because many music fans don’t just listen to new music of the year, many are discovering music that has been out for years. This is why I think that the Spotify ‘Wrapped’ could well be becoming more important to people than the Hottest 100 because they show what they really listened to.

Yes, people still publish their 10 votes for the Hottest 100. What people often vote for though is not always what people listen to most throughout the year. Triple J’s countdown is, after all, limited to the artists the station plays. This led to controversy in 2015 when Taylor Swift was excluded from the Triple J Hottest 100 despite thousands of votes being cast in her favour.

I would argue that many people also vote for what they think will do well, not always what they have listened to the most. This should hardly come as a surprise because many music fans don’t just listen to new music of the year, many are discovering music that has been out for years. This is why I think that the Spotify ‘Wrapped’ could well be becoming more important to people than the Hottest 100. It brings people together and shows us what we really listen to.

A Change in Date

A smaller contributor may be the countdown’s ever-shifting date. Traditionally, the Hottest 100 coincided with Australia Day. In 2017 Triple J announced they would hold 2018’s countdown on January 27. This was due to pressure from listeners and members of the #changethedate movement who believed the Hottest 100 should not coincide with controversial national holiday Australia Day. This holiday, one celebrating European colonisation, is considered a day of mourning for many of Australia’s Indigenous citizens. This year, the countdown was on Saturday the 23rd of January. This had an effect on the number of votes. Some past listeners simply forget to tune in.

Overall, I think that 2021 Triple J Hottest 100 was one of the more forgettable I have heard. It lacked emotion, energy and excitement. One thing it did have going for it though? It could not have happened in any other year than in 2021. 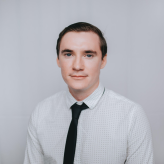 Euan Morrison is an intern at The Glitter and Gold.